A downloadable game for Windows

You can upgrade framework boxes to appartments to gain settlers collecting more wood. Build stores and workshops. A certain count of workshops allows longer struts to be used.

Settlers love sight and hate too much neighbours and noisy workshops around.

It's just a little demo game, coded within a 4 days jam to proof the concept. Far from being weighted well and many features missing, but have fun to play with physics.

Tip:
In the demo level, there's a hidden fixed joint on the ground to the right. Build about 10 boxes high, let it fall to the right and stop it with a strut. So it's possible to build a very stable base and high towers, see screenshots.

Unzip the file and run ZFX15.exe

I like the idea of tower. But you don't have to follow the tip ;) . I have managed to build my skyscraper and after all found the tip which made my tower stable.

I have spotted two bugs:

1. If you close the game (not the window) and go back to game, you continue the tower instead of building brand new one.
2. When your tower fall, it can rotate the first block and then you can't rebuild your tower.

I have managed to build big, stable tower. I could build even more, but my computer seems to be too slow. I don't know why. If you recalculate every piece of box and struts, probably it is not the best solution. More levels of tower was causing FPS around 10. It is unplayable any more.

Screenshot below. I used many struts to make my construction stable. And I have found some pieces that can be expanded: 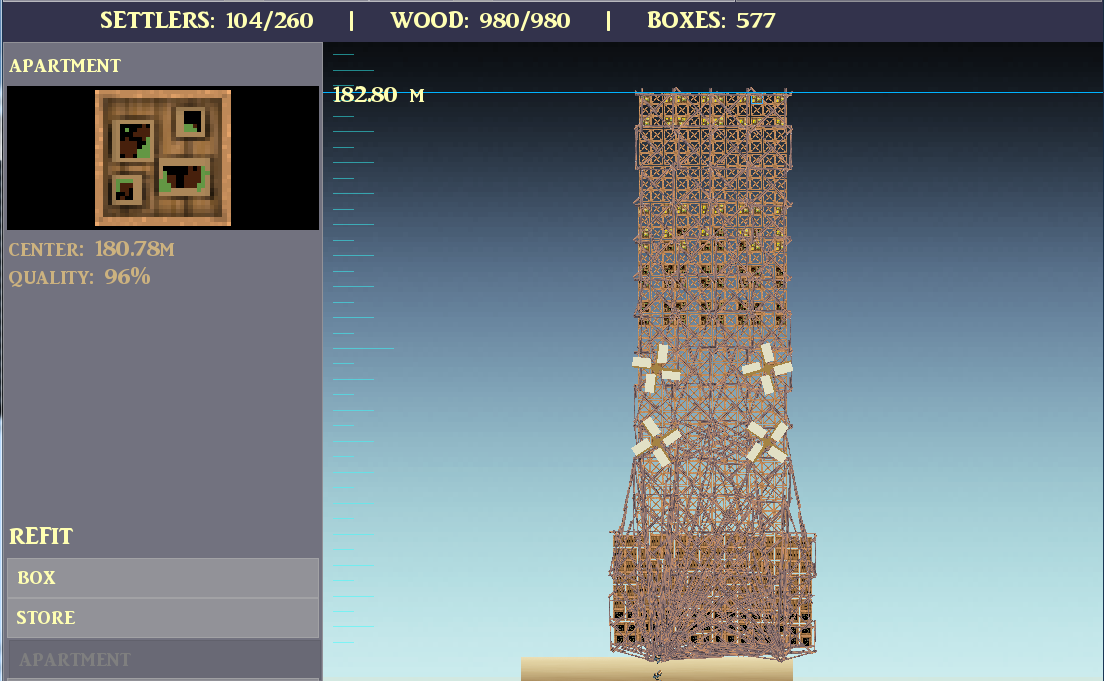 I was also thinking about part of physic simulation. My tower was rather stable construction. Except top of it, everything was very stable. So there was unnecessary calculations of physic of lower levels. Consider marking calculation nodes as "stable" ones, that needs recalculating IF neighbour node was recalculated (with different values) OR calculating step was older than N steps (some number greater than 1 ;) ).

This explanation is not the perfect one. I don't know what is inside the game, but I expect that the simulation is dynamic (which is great!). So when I was thinking how to solve the problem of basic dynamic simulation I got a simple idea, plus some solutions explained above how to make less math at once ;) .

Many thanks for testing and comments, @kartezjusz2009

For the game jam, this was much more than I ever expected to create, so I'm very pleased it gets downloaded and played.

The most obvious things you mentioned were skipped from my todo list because of deadline. For a "real" game with hours of fun this will of course have to be better weighted, more scalable (physics), more available upgrades, and more complex levels to solve and goals to reach. 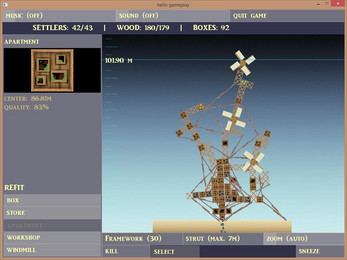 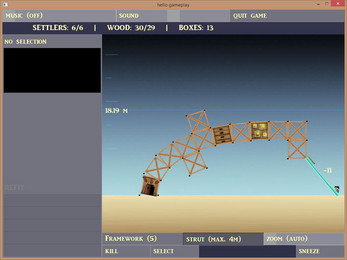 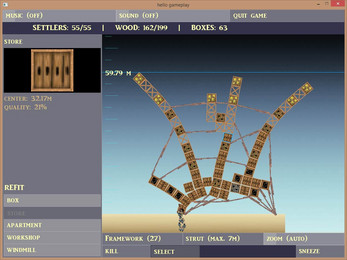 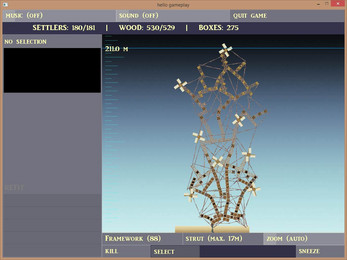 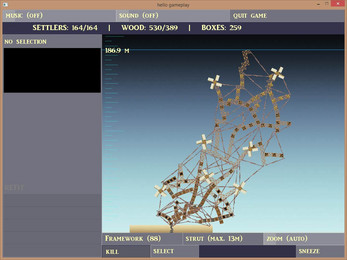